“If we can bring in any people, even at six feet apart, we want to put on concerts,” [Artistic Director Mark Peskanov] continued. “If we have to be exact [about capacity and stage space] we can do that, we’ve been planning that. We are ready at the drop of a hat!”

“Weiss: We love Brooklyn Bridge Park, which is so democratic and lively. But we loved the […] charm of the waterfront before the park was built.  The River Café and Bargemusic, the concert venue, are left from the old days. Manfredi: We were married at the Barge. We still go to concerts there.” 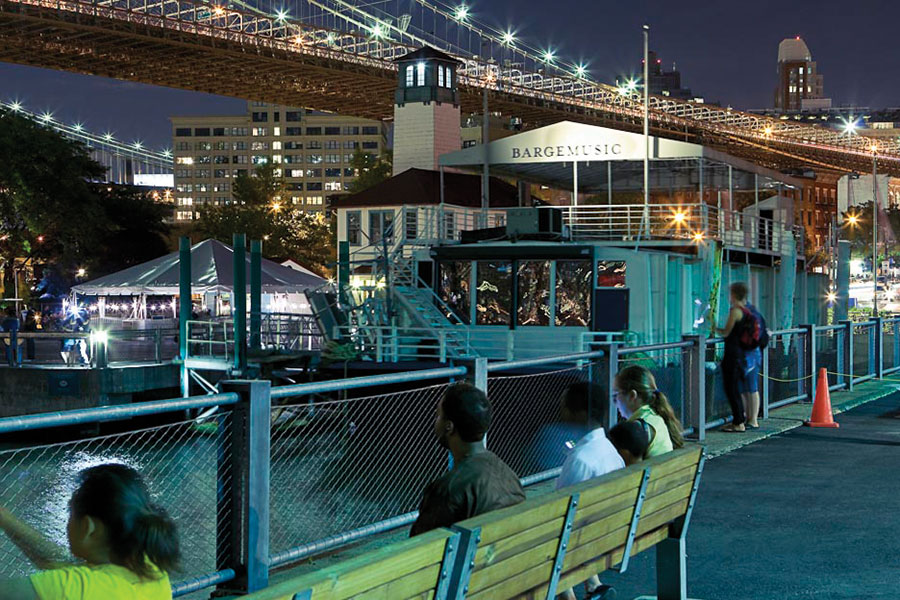