On the 300th anniversary of J.S. Bach’s publishing the first book of the Well-Tempered Clavier, you are invited to celebrate with a performance of the entire first book by pianist Orlando Alonso.

Cuban born pianist and conductor Orlando Alonso has already established a flourishing international reputation through his orchestral and recital performances in North America, South America and Europe. Noted for his challenging programs, artistic maturity and versatility, his repertoire ranges from Bach, Mozart and Beethoven through the Romantics, Liszt and Brahms, to works by contemporary composers.

Winner of the Amadeo Roldan Piano Competition in Havana, the Sant’ Agata li Battiati in Italy, the Frinna Awerbuch International Piano Competition in New York, he was also the recipient of the Harold Bauer Award, the highest honor bestowed upon a graduating student at the Manhattan School of Music.

Orlando Alonso studied with Jorge Luis Prats at the Havana Conservatory, Herbert Stessin at the Juilliard School and with Zenon Fishbein and Horacio Gutierrez at the Manhattan School of Music.

Mr. Alonso studied conducting with Zdenek Macal and Kurt Masur at The Manhattan School of Music. He is the founder of the Ossia Symphony Orchestra and Ensemble LPR in New York, as well as a member of Bohemian Trio and The Alonso Brothers. 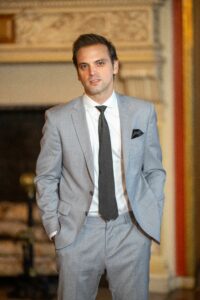 Back to concerts calendar